There’s a difference between a quantum moment in which one experiences instant personal transformation and a cosmic moment when one realizes he or she has just participated in a much greater plan. I had such a moment recently when my personal reality crashed full force into the reality of a stranger named Nick who was feeling desperate enough to end his life.

It all started when I was selected as one of only 10 people world-wide to participate in a live teleconference with Dr. Wayne Dyer on Tuesday, December 3, 2013. Dr. Dyer is an internationally renowned speaker and author, known by many as the “father of motivation,” and one of my personal heroes.

I’ve long held the vision of one day speaking with Dr. Dyer and asking all of my burning questions. I imagined it would be in person, but as it was turning out, my first personal interaction with Dr. Dyer would be on a phone line, thousands of miles apart, with my instructions being to ask exactly one question.

In my enthusiasm at being selected for this rare opportunity I quickly announced it on Facebook and asked all my “friends” what one question they would ask Dr. Dyer. The response was overwhelming. The post quickly received almost 100 “likes” and the comments came flooding in.

Out of all the comments received, one especially touched my heart. Randy Weeks posted, “This is exciting. I trust your heart and soul will provide you with the ideal question. You were given this opportunity for a reason, and I expect the question will be connected to, and congruent with, your insights, intention and selection for this very cool event.” Little did I know how accurate Randy’s words would turn out to be.

Fast forward to the day of the teleconference and I’m scrambling to finish Dr. Dyer’s new book, I Can See Clearly Now, which is the source from which I᾿m supposed to draw my question. I had received an advance copy of the book only the day before and had planned to skim it in order to have an overview of the message it contained. However, I had been captivated by every page and had spent my time intensely underlining nearly every other sentence as I read. The time of the teleconference was drawing closer and I was only a quarter of the way through. I had to formulate my question from what I had read so far.

I’ve long held the opinion that much of life comes down to the Serenity Prayer which says, “God, grant me the serenity to accept the things I cannot change, the courage to change the things I can, and wisdom to know the difference.” Many of the struggles we face are dilemmas of whether the lesson is one of acceptance or courage.

Using this concept with which I wrestle constantly, I decided on my question. When the time came I asked Dr. Dyer, “In your book you talk a lot about the power of choice and the importance of choosing our attitudes and thoughts, but you also provide many examples of a mysterious force, or the Divine ‘I Am’ presence, being at work in your life. Can you please speak into the balance between free-will and destiny, and clarify how much control we really have over our lives versus just being pawns on a checkerboard?”

Dr. Dyer provided an enlightened answer of course and I went on with my day which consisted of hosting a radio show later that afternoon. A guest was not scheduled for this particular show, I’ll explain why later, so I used the airtime to talk about the teleconference and reveal which question I chose to ask.

I talked for close to an hour and then opened the phone lines and invited listeners to call in. Immediately the phone rang. I asked the caller to hold for a moment while I put them on the air. The voice on the other end of the line said, “I don’t really want to go on the air.” I said, “Oh, okay. I’ll let another song play then. Go ahead, how can I help you?” He said his name was Nick and he just happened to be passing through Cincinnati on his way home to Tennessee when he was flipping through the channels, stumbled upon my show, and heard me talking about the Serenity Prayer. He confided that he had been planning his suicide for the past 12 days and had just decided he didn’t want to die. He asked, “What is this station? What am I even listening to? Is this a Christian show?” I told him it didn’t matter, that it was a miracle and he was meant to hear it. I said, “Someone cares about you and that’s all that matters. Consider it divine intervention.”

Now for the rest of the story. I almost wasn’t on the teleconference, I almost didn’t ask the question I did, and I almost wasn’t on the radio that day. If it hadn’t been for a last minute change in travel plans, I would have been on an airplane at the exact time as the teleconference and unable to participate. I’ve since finished the book and would have asked a much different question if I had finished it before the teleconference. And the first Tuesday in December is my co-host Judy Peace’s week to host Waves of a New Age, but we had just made the decision to switch weeks so she could cover Christmas Eve for me. Thus the reason why a guest hadn’t been scheduled for this show and I had airtime available to say precisely what Nick needed to hear.

I can see clearly now

that I was destined to be in that exact space at that exact time asking that exact question. I can see clearly that it was never about me having this special opportunity I found so thrilling or even about me asking my number one burning question. It was about playing a small part in a much larger plan and asking the one question that most needed to be asked in order to have the greatest possible impact, and in order for me to be the channel for grace I pray every day to be in this world. Randy was right. I was given this opportunity for a reason. And my question was connected to my intention for not only this event, but the intention I have for my life. 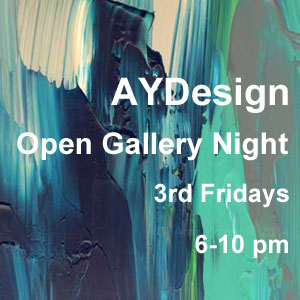